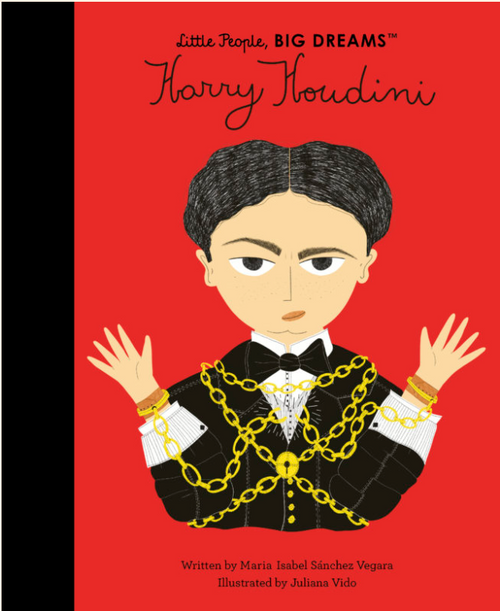 Meet Harry Houdini, one of the most famous entertainers to have ever lived.

When he was four, little Ehrich emigrated with his family from Hungary to the USA. Although they had reached a world of great opportunity, the family lived in poverty and Ehrich had no choice but to go to work from a young age. When he was just nine, Ehrich worked as a trapeze artist, and this experience led him into a life of entertainment. As he grew older, Ehrich continued to play to audiences with fascinating card tricks. But when working as a locksmith by day and honing his magic skills at night, Ehrich realized that he would need more than a deck of cards to really “wow” people… and so, the great Harry Houdini came to be. As Houdini, the escape artist who could free himself from handcuffs, chains, and knots like no one else, he toured the world and became known for his incredible death-defying stunts. This book features stylish and quirky illustrations and extra facts at the back, including a biographical timeline with historical photos and a detailed profile of the entertainer’s life.